Ymir is a giant plant golem that goes around the ocean searching for things to raise out of it.

As the battle goes on, Ymir will walk around while fighters battle on top of them. 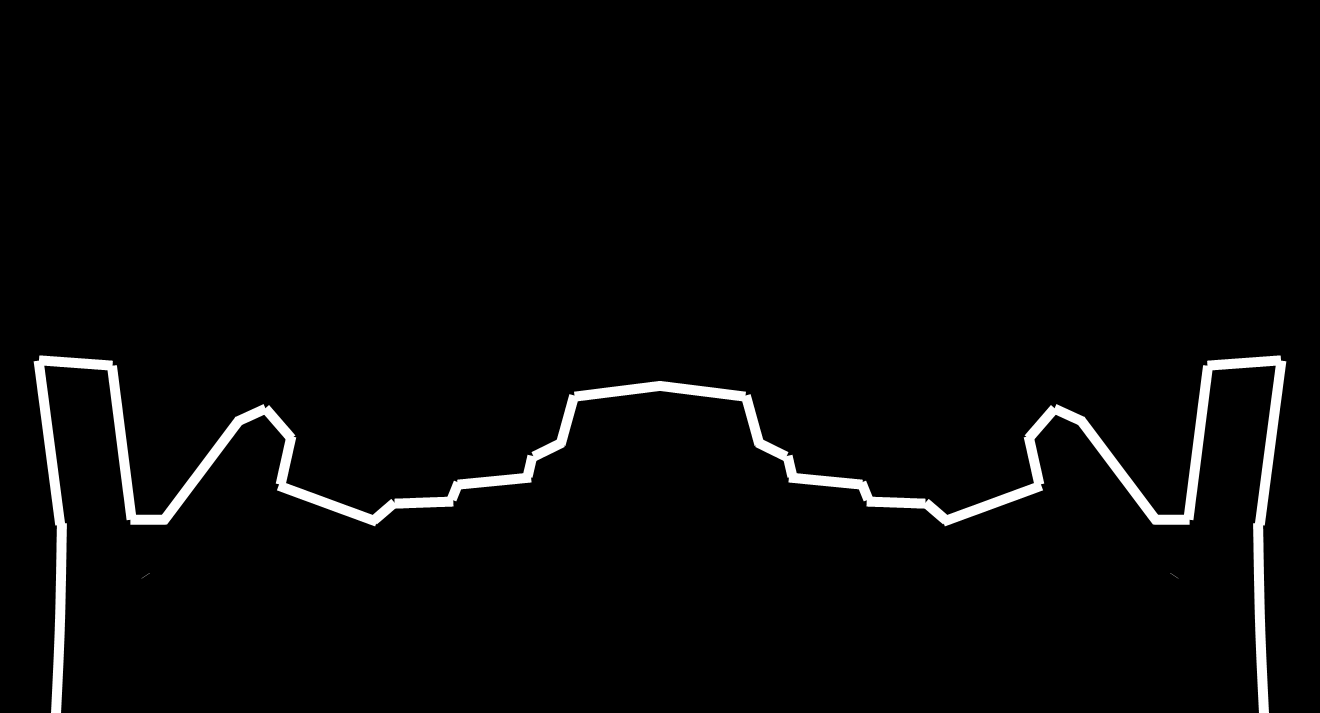 (Basic representation of the battlefield. White is solid ground, blue is water, and green is platforms.)

After 9 turns, Ymir will start digging into the ocean, causing all fighters to drop into water. 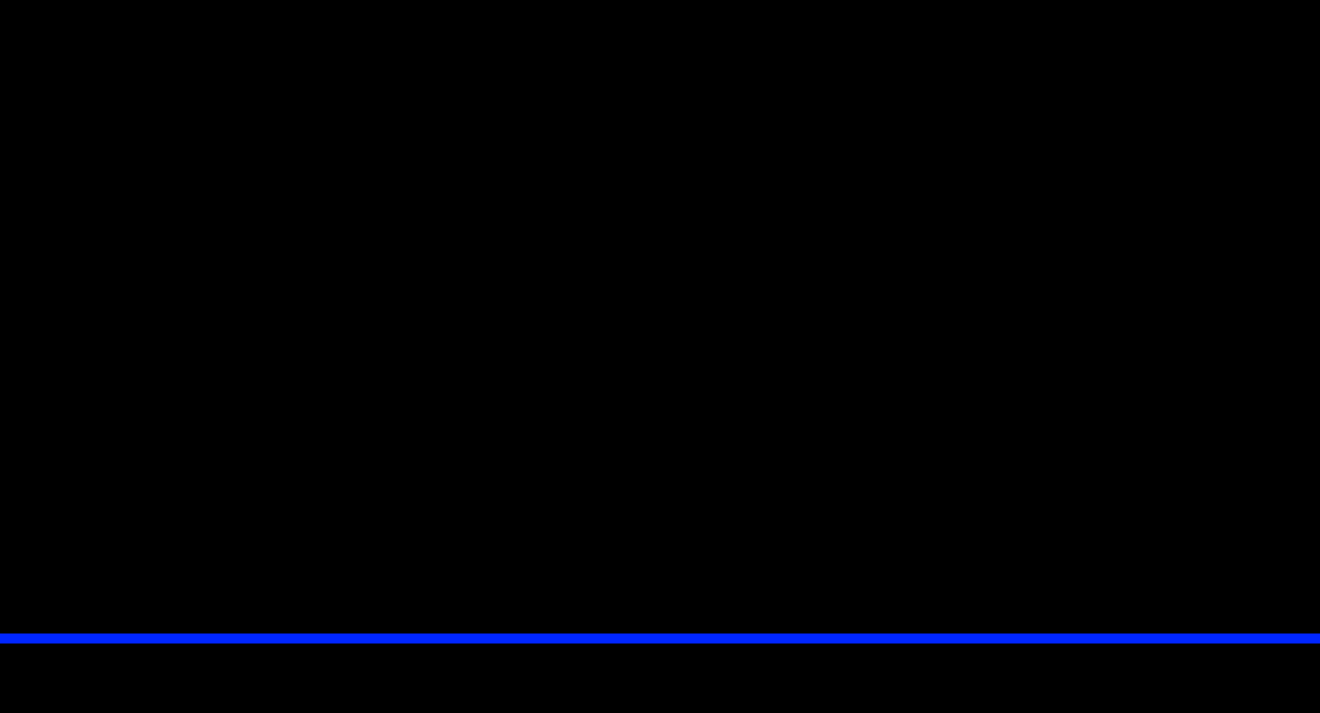 1 turn after, Ymir will raise an island, a ship, or some random ruins. 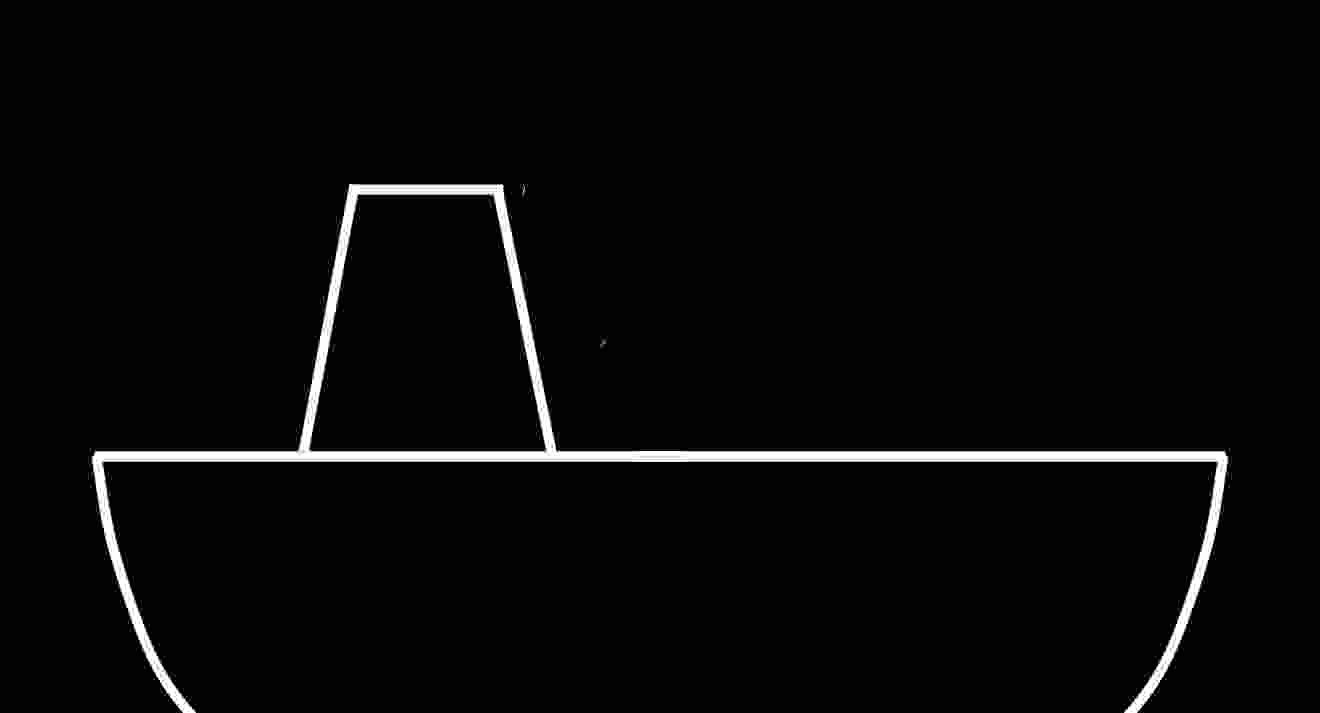 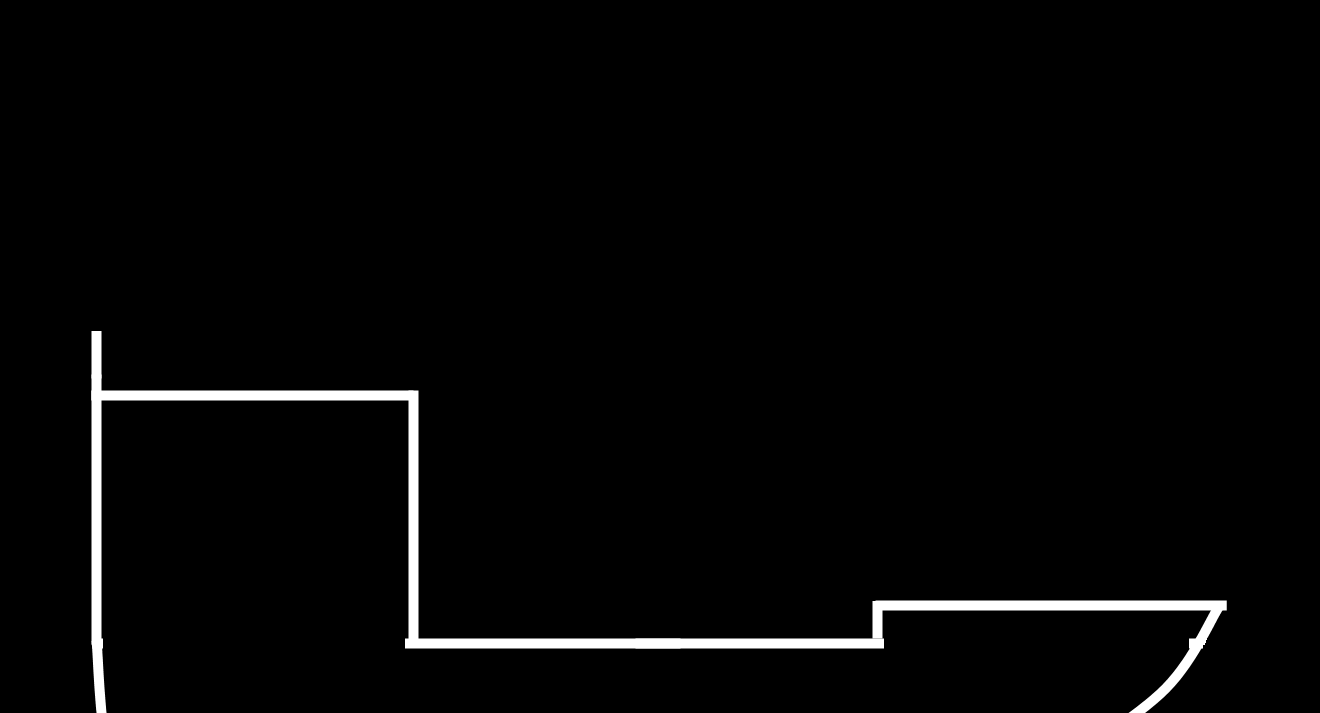 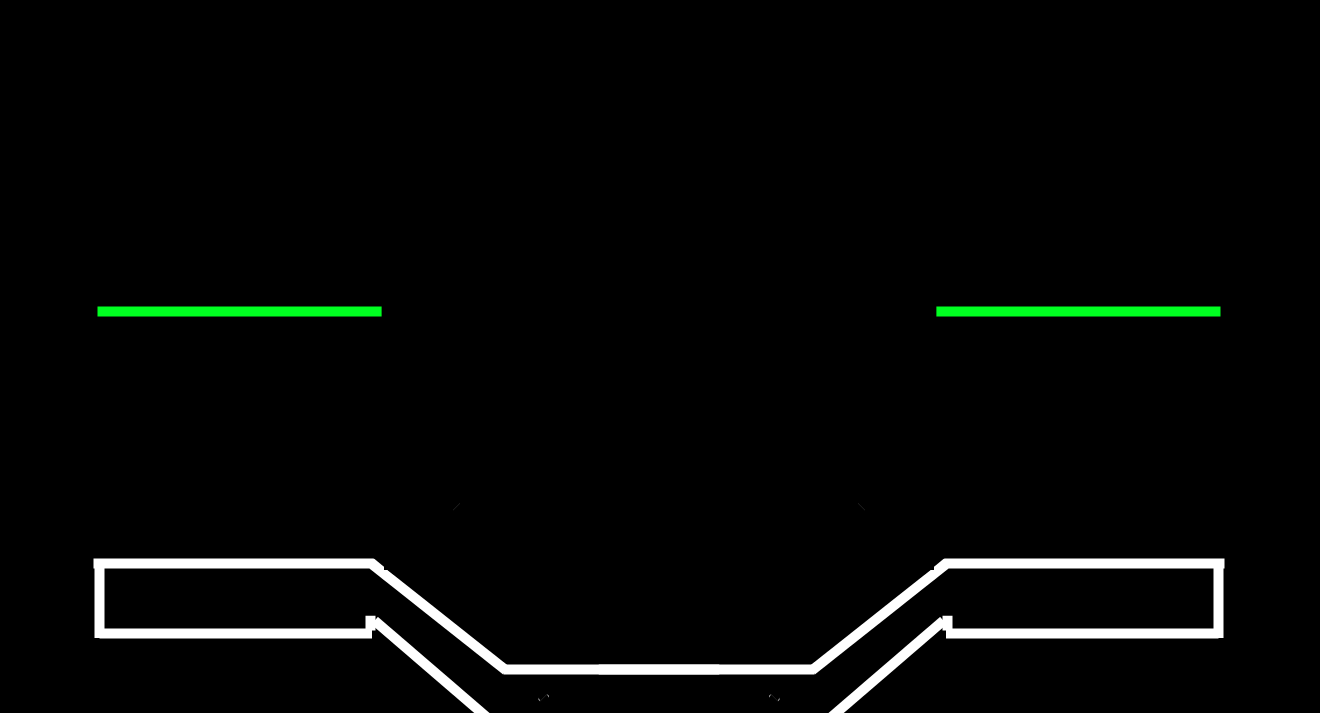 Fighters will be able to battle on the raised item for 5 turns before Ymir tosses it back into the sea and they're back to fighting on Ymir.

That's about it. I probably should have made a simpler stage or waited to see an already existing stage in action, but whatever.

(EDIT: Nevermind, I just found out you can't even see stages so whatever.

Also I forgot to mention: the Omega/Battlefield forms are just Ymir holding an island.)

Also, while I'm still on the topic of Rune Factory, have another assist trophy.

Death Wall (Rune Factory 3): Despite their name, this giant face of ice who hovers above the ground does not come with a wall here. They can transform into three different weapons. The first is a sword that makes a quick swipe forward that deals 12% damage and alright knockback. The second is a hammer that's slower and has a bit of wind up but deals 20% damage and along with meteor smashing if they're in the air or burying them if they're on the ground. The third is a drill that flies forward and deals 4% damage with minimal knockback, but can easily hit multiple times. While in their normal ice face state, they can send out 4 icicles that go out in a spiral pattern (akin to Megaman 5's Power Stone but slower) that deal 4% damage each and flinch. Death Wall cannot transform 2 turns in a row, however this does not stop them from sending out icicles between transformations.

It should be noted that Death Wall can be KOed, and also appears less frequently than other assist trophies.

EDIT: Went through and made this more readable. It's still the exact same character.

Name: Harbringer
Description: Not a specific character, but rather a class from Etrian Odyssey V. Shows off how edgy they are by fighting with a scythe.
Neutral Special: Miasma Armor-
Upon use, the Harbringer will gain 1 turn of Miasma Armor. Using this while already under the effects of Miasma Armor will cause it to lengthen by 1 turn.
The effects of Miasma Armor are:
- Altering their other specials (unless your name is Kirby)
- Extra 5% damage bonus gained per turn (stacks up to 20%, lost if the Harbringer loses their Miasma Armor)
- Extra 5% damage reduction gained per turn (works the same way as the damage bonus)
(0.5 AP, 5% (self inflicted))
Side Special: Bloody Reap (ow the edge)-
If the Harbringer doesn't have Miasma Armor, this move will do absolutely nothing.
If they do, then the Harbringer will fly across the stage a good distance. If the Harbringer hits someone while doing this, they'll slash them 4 times, with only the 4th doing any knockback.
The downside is that the Harbringer loses their Miasma Armor after using this move, though it still benefits from the damage bonus they once had.
(2 AP, 4x8%, 12% (self inflicted))
Up Special: Paralyzing Reap-
Basically just Marth's Up Special but it works a bit differently.
If they don't have Miasma Armor, then they'll go 0.8x the height of Marth's Up Special.
If they do, they'll go 1.2x the height of Marth's Up Special and paralyze whoever they hit.
(1 AP, 9%)
Down Special: Eroding Miasma-
Causes a cloud of Miasma to appear in front of the Harbringer, about 1/3rd the size of Final Destination. While in this Miasma, opposing fighters will take 20% more damage (increased by a further 20% if the Harbringer has Miasma Armor when the summon it for a total of 40%).
This cloud will last 2 turns before disappearing. If used while there's still a cloud, the old cloud will disappear.
(1 AP)
Final Smash: Judgement (AKA Counter 7.0, maaaan) + Fatal Reap-
For a short period of time after using this, the Harbringer will use Judgement as a counter. If Judgement activates, a cloud of miasma will burst around the Harbringer, causing anyone caught in it to instantly fall asleep.
Afterwards, regardless of whether or not Judgement activates, the Harbringer will afterwards use Fatal Reap on the area around them. This, on it's own, does decent knockback to anyone it hits and is pretty much unimpressive.
However, if it hits someone who's asleep (whether from Judgement or another source), Fatal Reap will suddenly do instant-kill knockback.
(32%, 64% if asleep)
Other: I don't know why I keep capitalizing Harbringer even though it's not someone's name.

Name: Excitebiker
Description: Fights while riding their Excitebike. Takes a moment to stop moving when on the ground. Due to them being separate entities, if Excitebiker uses certain moves (marked with a *) while moving, he'll continue to roll around while using that move.
Forward Smash*:
Excitebiker takes out a hammer and swings it in front of him. Can be angled.
(15% (not angled), 17% + extra knockback (angled up), 14% (angled down))
Up Smash*:
Excitebiker blows up a bomb above his head.
(12%)
Down Smash:
Two ramps appear around Excitebiker (high end away) before immediately disappearing. Damage and knockback depends on what part of the ramp hit (high end does more damage/knockback, low end basically does no knockback).
(5%-17%)
Neutral Special*: Pie-
Excitebiker throws a pie forward. Nothing exciting about this, aside from it flinching opponents easily.
(0.5 AP, 4%)
Side Special: Soccerball (or Football, idc)-
Excitebiker kicks an oversized soccerball up. Does good knockback.
(1 AP, 9%)
Up Special: Turbo Jump-
Excitebiker flies up and forward, leaving behind a trail of flames. Gives more horizontal recovery then vertical.
(1 AP, 12%)
Down Special^: Spinout-
If this is used in the air, Excitebiker does a flip. If they use it on the ground or hit the ground while flipping, the bike will spin out and send the Excitebiker flying forward. The Excitebike will teleport to the Excitebiker as if nothing happened when the Excitebiker hits the ground or they feel like having it teleport to them. Does more damage and sends the Excitebiker further if they hit the ground while flipping.
(1 AP, 8% (bike spinout/flip), 10% (flip into spinout), 6% (flying Excitebiker), 7% (flip into spinout flying Excitebiker))
Final Smash: POW-
Excitebiker glows and sparkle, before quickly flying forward in a straight line, leaving a trail of fire as they fly. Teleports back to where they unleashed their final smash afterwards.
(50%)
Up Taunt*:
Excitebiker does a wheelie and gives a thumbs up.
Side Taunt*:
Excitebiker shakes a tambourine.
Down Taunt*:
Excitebiker throws their arms into the air and yells "NOTHING!"
Other: NOTHING!

This isn't done yet, but it meets the minimum requirements, so idk.

I don't really know how AP is handled for things that aren't special attacks so I'm just leaving the AP amounts for those blank.

I claimed Excitebiker but not Harbringer but ok, I guess I'll claim Harbringer as well.

I'd actually like to slightly change Andy's moveset so mini copter is 4% x8 and hyper upgrade is 1.25x damage multiplier not 25% extra damage (just a bit clearer)

Edit: also you should put in the Lyn assist trophy but to make it more accurate it does 1% damage twice with like no knockback

Alrighty I would just like to announce rhe following pretty excellent first update to the meta:
Guard Specials.
Mostly because it sounds p cool?  Cant wait to see what everyone comes up with.  The input is a shield-B.
Yeet

Put in 21ε Lucina and I claim hey does this still exist

Name: Steve
Description: Minceraft is a thing that has appeared on a nintendo console so Steve can technically get in
Neutral B: Bow: Steve fires a bow. It's literally just Link's special. (1 AP, 10%)
Side B: POTION SELLER: Steve throws either a Potion of Harming that deals 8% damage, a Potion of Slowness that does what it sounds like or a Potion of Poison that gives the flowerheaded status. (0.5 AP)
Up B: Elytra: Steve uses a firework rocket and launches in a direction with the elytra. Doesn't deal damage. (1.5 AP)
Down B: Griefer: Steve sets the ground directly in front on fire, which lingers for a few turns and deals fire damage on contact. (1.5 AP, 8%)
Final Smesh: Explodonate: Steve puts a bunch of obsidian around the stage and then explodes a metric crapton of TNT inside. (opponent cannot be knocked out during the final smash, 25% x5, less accurate on larger stages)

Other: basically all of his normal attacks are just swinging a diamond sword around

Is this still a thing?

If so, I'd like to swap Harbringer's neutral and down special.

This is IncendiaryGaming, I enjoy Gaming, sushi and RPing. There isn't much about me. *insert sounds here*
This signature was sponsored by Fortnite, Minecraft, Among Us, Call of Duty, you know what just about any good video game out there (based on my opinion).
Now leave my house or I yeet your cookies.

My discord is IncendiaryGaming #5243 and my server is located at https://discord.gg/mqmZ8qk

Sorry, but Smiley is long inactive there.

I will join if you add Luigi and if you do can I claim Luigi?

I! Like! Turtles! There I said it.
Stop looking at my siggy you spy.
Speaking of spies, Google spying on me. I walk into a shopping center and it gives me info on every shop.
But don't worry, Siri took care of google and I have not heard from it since but Siri has become more annoying so I might have to get Alexa.
XD Bye

Again, not sure if y'all should just attempt reviving the thread that's long ded.

yea this is dead (and was probably a bad idea)

Since this is dead, would you like me to close this topic?

Also it's so good to see you back!

Thorn | TBG Team | Massive Nerd
Currently on vacation and will remain active until the spring semester.
Obsessed with William Butler Yeats until further notice.
Visit my website, where I display my creative and web projects.
Pronouns: at this point do i even know? (he/him/his)

Sure.
And thanks.  I'm in it for the roleplay ngl

Thorn | TBG Team | Massive Nerd
Currently on vacation and will remain active until the spring semester.
Obsessed with William Butler Yeats until further notice.
Visit my website, where I display my creative and web projects.
Pronouns: at this point do i even know? (he/him/his)